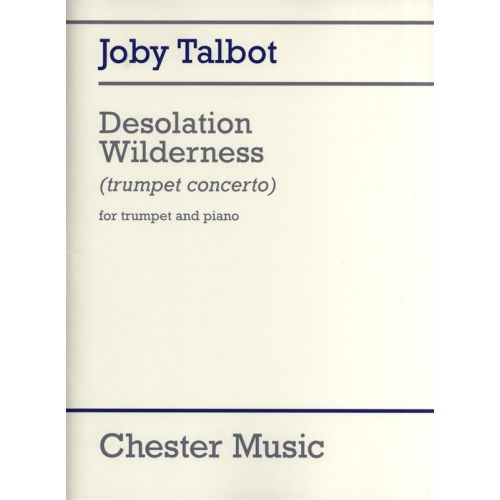 The Piano reduction of Desolation Wilderness includes Trumpet parts in B flat and C. (Suitable for advanced players).

"In Early November 2005 my family and some friends visited the high Sierra Nevada in Northern California. As on former trips to the area I was struck by the strange and disarming contrast between the bright sunshine, perfect blue sky, and warm mountain air of the Sierran autumn; and the occasional icy chill - sudden drops of temperature when the sun vanished behind the mountains, momentary glimpses through the trees of distant snow clouds over the highest peaks. Nowhere was this dichotomy more apparent than in the vast area of forests, lakes and mountains known as Desolation Wilderness. Here the twisted shapes of the aspens are testament to the destructive power of winter. Sure enough, that night the first snows fell, and the high mountain passes we'd just crossed were closed till spring.