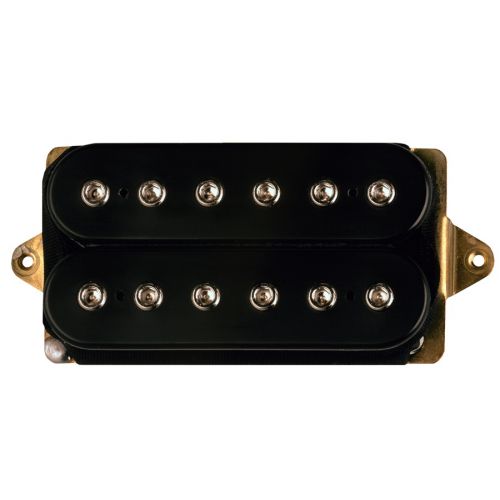 add remove
We designed FRED to bump the mid-range of the PAF Pro EQ up a notch, but in the process, something unusual happened. Harmonics that humbuckers usually don't reproduce started popping out, particularly with overdriven amps and distortion units. FRED has about the same power as the PAF Pro, but the unusual overtones create a sound with more crank and growl. Joe Satriani was the first player to discover and exploit these qualities, and it's been his main Bridge pickup ever since. FRED is really sensitive to changes in pick attack and control settings, and its distinctive tone makes a great recorded sound for both penetrating solos and tight rhythm tracks.Tech Talk: The Fred started out as a prototype designed to add a little midrange to the PAF Pro. When we sent one of the first ones to Joe Satriani, he discovered and exploited a unique tonal characteristic - the Fred's ability to emphasize upper midrange and treble harmonics through an overdriven and distorted amp. Many standard humbuckers have a tendency to fatten up with distortion. The Fred does the opposite; it gets tighter and brighter, much like a single-coil. Joe uses the Fred strictly as a Bridge pickup, but it's also a distinctive Neck pickup - works really well with a Norton, Tone Zone or Evolution Bridge model.
Marken Referenznummer:1591344565037
Kundenbewertungen
/5
on reviews
Quality
Quality / price
Use
See all reviews
VIDEOS




Vergleichbare Artikel
Hier schlagen wir Ihnen vergleichbare Artikel aus derselben Preisklasse vor.
