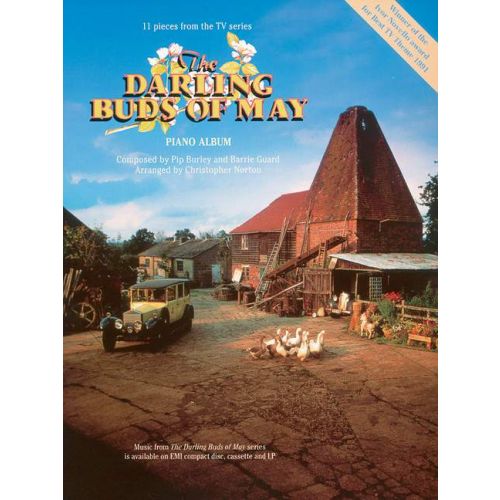 Little did we know when we set out to make a television series based on the wonderful books by H. E. Bates that "The Darling Buds of May" would win the hearts of the entire British nation! To capture the public's imagination to such an extent is rare indeed and we have reflected many times since on the possible reasons for this phenomenon. Of course, there are the evocative stories and the wonderful characters, but perhaps more than anything else it is due to the "Englishness" of it all.
We were anxious to reflect this in the music for the series, basing it around the magic of the story and the romance of the Larkins themselves. This also meant allowing ourselves to be influenced by the musical styles popular in the 1950s, and inspired by the unique beauty of our countryside. As Pop would say - "Perfick!"
Pip Burley and Barrie Guard