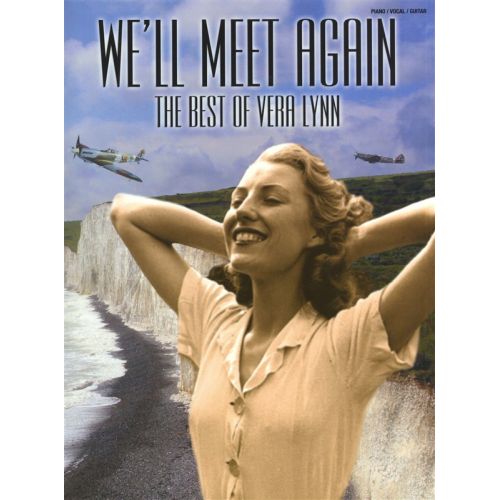 A selection of timeless classics from this much-loved artist, who during the Second World War became known as "The Force's Sweetheart", bringing light and hope to all with her clear voice and patriotic songs. All the songs are arranged for Piano, Voice and Guitar, and a 7-page section with pictures and a biography is also included.

At the age of 92, Dame Vera Lynn became the oldest living artist to top the UK album chart in September of this year, knocking The Arctic Monkeys off the top spot.

The album was originally released to co-incide with the 70th anniversary of the declaration of World War II.

A House With Love In It
As Time Goes By
Faraway Places
Forget Me Not
From The Time You Say Goodbye
My Son, My Son
Somewhere Along The Way/Here In My Heart/Let The Rest Of The World Go By
The Homing Waltz
The Loveliest Night Of The Year
Travellin' Home
Up The Wooden Hill To Bedfordshire
We'll Meet Again
When You Hear Big Ben
Who Are We