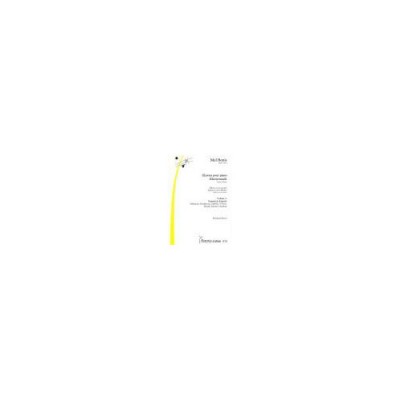 The pieces for piano represent a great stylistic variety. One gets the impression that Mel Bonis may have intended to give a summary of musical development, not quoting historic styles but adapting the past through her personal tone and to translate it into contemporary musical language. The first volume includes an original series of musical portraits dedicated to legendary women, where Mel Bonis explores the enigmatic feminine universe.

„Femmes de légende“
A collection we have called “Femmes de légende” contains seven piano pieces by Mel Bonis named after women whose fates have become legendary. They have not always been arranged in this way. The first piece, “Mélisande”, was published separately by Alphonse Leduc in 1898. In 1909, a collection called “Trois pièces pour piano” (Three pieces for the piano), dedicated to the composer Paul Locard and which included “Phœbé”, “Viviane” and “Salomé”, was published by Leduc. In 1913, “Mélisande” was added to the four last pieces for a final collection called “Cinq pièces”.
“Omphale” appeared in a Berlin edition “Signale für die musikalische Welt” in 1910. As to “Ophélie”, it was never published in Mel Bonis’ lifetime and we discovered a manu-script in 1997 without any indication at all of when it was writ-ten. “Ophélie” was first published by the publishing house Ar-miane in Versailles in 1998.

Mélisande (1898)
Written before Debussy’s famous opera, Mel Bonis’ piano piece “Mélisande” was also inspired by the poet Maeterlinck (Mélisande, 1893). These short pages of magical harmonies, of radi-ant impressionist colours use music to describe Mélisande’s hair as described by Pelleas: “your hair and its beautiful light... It escapes everywhere, it shivers, it shakes, it trembles in my hand like a golden bird.” This piece enjoyed quite a success in Mel Bonis’ lifetime. She noted of it “my favourite” in the margin of her hand-written catalogue.

Desdémona (1913)
The female heroine in Shakespeare’s “Othello” inspired Mel Bonis to write a nostalgic piece with a fairly easy, rather classical beginning, a kind of romance without words, of great elegance and of a deep and melancholic beauty.

Ophélie
Ophelia, the lover of Shakespeare’s Hamlet, is a deeply melan-cholic character who goes mad and drowns in mysterious cir-cumstances. Ophelia inspired the poet Rimbaud and the painter Millais – each of them created a masterpiece. Mel Bonis too evokes images of water, sadness and death in music for a third work of art. With its delicate and chilling beauty and also with its moments of passion, this impressionist piece - the work which owes most to Debussy - calls for great intelligence when performed.

Viviane (1909)
The figure of the fairy of the lake is musically described here in a well-structured, many-facetted piece; first of all, the initial dancing theme has an air of the “salon” about it, typical of its time, evoking the fairy’s charm, her smile. Then follow succes-sions of majestic chords and fluent harmonies which represent the underwater castle and the fairy’s power. This piece is easily approachable.

Phœbé (1909)
The sister of Phoebus, the sun, symbolises the moon, the night, chastity. The piece creates an impression of night. Steeped in twilight, languor and a sense of immense space, the atmosphere is one of unreality. This feeling of alienation is reinforced by the incoherence of rhythm between the two hands.

Salomé (1909)
Inspired by the Orient, Mel Bonis creates a very original musical illustration of the biblical character of Salome.
She is characterised by shifting moods in which slow syncopes follow light glissandos, and urgent, mysterious psalmodies accompany sensual melopeias, where surprising tempo varia-tions lead to outbreaks of violence. With its relatively difficult beginning, this piece is especially interesting from the viewpoint of research into interpretation.

Omphale (1910)
The queen of Lydia is a female character from the violent depths of Greek mythology. This powerful female is described here with glittering sensuality and Oriental subtlety.
The impressive work shows a complex structure both in harmony and rhythm, it is a lively and rich work which calls for much thought and great virtuosity on the performer’s part. “Omphale” was awarded a prize for composition by the Berlin magazine “Signale für die musikalische Welt” in 1910.
Marken Referenznummer:FURV4180
Kundenbewertungen
/5
on reviews
Quality
Quality / price
Use
See all reviews
VIDEOS




Vergleichbare Artikel
Hier schlagen wir Ihnen vergleichbare Artikel aus derselben Preisklasse vor.
