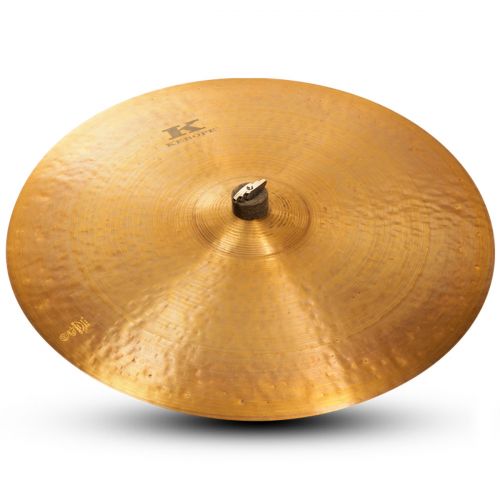 Availability
Online : immediate shipping (+)
Shipping
Shipping: free
WARRANTY
This item is warranted for 1 year
Reviews (0)
You have this item? Rate it!

Payment with Paypal Express is fast and secure.

We send you the item(s) to the address entered in your Paypal account. You can modify this on the PayPal page if necessary. By default, the selected delivery is the standard delivery mode. If the delivery country entered on Paypal is not identical to that of your Woodbrass account, the shipping costs and prices may be different.

The product range of zildjian

addremove
True nuggets of Zildjian production, the Kerope pay tribute to the first K hammered in the sixties on Turkish soil. Singular and vintage-oriented, they are no less current and can be used in many styles.

The climax of a long progression.
For a long time, jazzmen (and more generally, fans of vintage), hoped cymbals capable of emulating this sound both serious and precise, fine and defined (as many complex associations and almost unstable), rare qualities that brought together the best craft cymbals stamped K Kerope Zildjian. Over the years, the craftsmen of the Massachusetts factory have developed several series, all marked with a K, but it is Paul Francis who has recently found the recipe for a crash-ride Kerope, from 18 to 22 inches.

A unique recipe
The cymbals of this series, like this beautiful 20 inches, all have the same color, easily recognizable because very coppery. They are hammered by hand and it is Paul Francis in person who strikes the last hammers, to finalize and personalize each of these beauties. Their shape is fairly flattened, to favor the bass, including at the level of the bell, rather broad and slightly curved. There is no doubt about finesse and the repoussage of metal, like hammering, remains very faithful to the treatment of cymbals of yesteryear.

Jazz or rock, only the touch counts.
In the end, even if there is a real unity within the series, each Kerope is truly unique, hence their price. The jazzmen, followers of tradition or modernity, were the first target, but many pop drummers, or even rock, adopted them. To complete an existing game, or marrying them together, anything is possible! Played by connoisseurs, they reveal all that they are capable of, but it is also a real pleasure to learn to tame them, preferably with chopsticks that do not exceed 5B.

Zildjian is proud to announce the arrival, in the family of "K" cymbals, of "Kerope" ...
These handcrafted cymbals deliver a dark tone, complex to perfection and offer a harmonic palette of a much awaited richness. !

Considered as the modern reissue of cymbals fashioned in the 50s and 60s, the "Kerope" cymbal line inherited its name in honor of "Kerope Zildjian", who presided over one of the richest periods in history from Zildjian. From 1865 until his death in 1909 in Constantinople, Kerope helped to develop, with passion, these famous Zildjian "K".
In memory of Kerope, his unquestionable know-how and his deep attachment to craftsmanship, the Zildjian family decided to design a line of cymbals composed of 14 "and 15" hi-hats and 18 "crash / ride models. 19 ", 20" and 22 ".
The famous acoustic laboratory "Zildjian Sound Lab" decided to collaborate with the drummer Zach Danziger (drummer who already contributed to the development of some models A and EFX), to design these new cymbals.
The goal was very ambitious. It was necessary at the same time to capture, understand and transcribe the sensations of games and the sound of the "old K" but also to recreate their "Old School" look very particular. Replicating the famous "K" cymbals so much appreciated by many drummers for their unique, rich and dark timbre was a real "challenge".

Then begins deep exhaustive and careful research on rare models of cymbals dating from the 1950s and 1960s. Zildjian also solicited the participation of many great artists from around the world to refine their prototypes.
Today, the "KEROPE" can be considered as the rebirth of a time so appreciated.