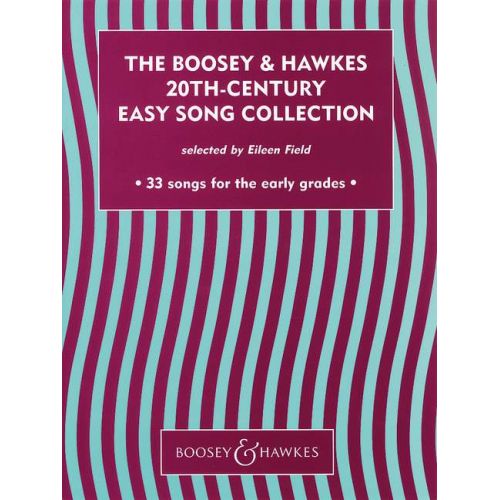 The product range of boosey & hawkes

addremove
33 songs for the early grades

An outstanding and varied collection of 20th century vocal music, specially selected for the early grades. Songs by 20th century masters including Bartók, Britten, Copland and Stravinsky as well as newly commissioned songs. The songs have been chosen to suit singers of all ages and performance notes are included.

The edition is part of the new ABRSM singing syllabus for Grades 1-6.