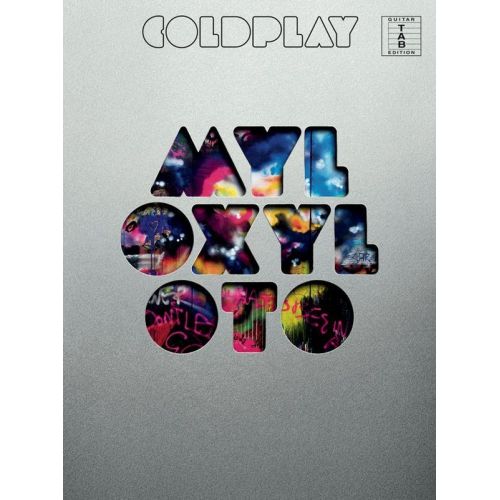 The product range of wise publications

addremove
Mylo Xyloto is the fifth studio album by Coldplay. It's been more than three years since the release of their last - Viva La Vida.
It will be released on October 24, 2011, after the single release of "Every Teardrop is A Waterfall", on the 3rd June.
The band has won many awards throughout their career, including i6 Brit Awards, Best British Group three times, four MTV Music awards, and seven Grammy awards from twenty nominations.
As one of the world's biggest artists, Coldplay have sold over 50 million records worldwide.
All the songs from the album arranged for guitar, including standard notation, tablature, chord symbols and chord diagrams. Complete with full lyrics.


Songs include :
Mylo Xyloto
Hurts Like Heaven
Paradise
Charlie Brown
Us Against The World
M.M. I. X.
Every Teardrop Is A Waterfall
Major Minus
U.F.O.
Princess Of China
Up In Flames
A Hopeful Transmission
Don’t Let It Break Your Heart
Up With The Birds
Brand reference number:MUSAM1004201
Quick navigation
Home
Sheet music
Sheet music pop - rock
International songbooks
Guitar tablatures
Similar items
find below suggestions for equivalent products in the same price range.

SALE
-8%