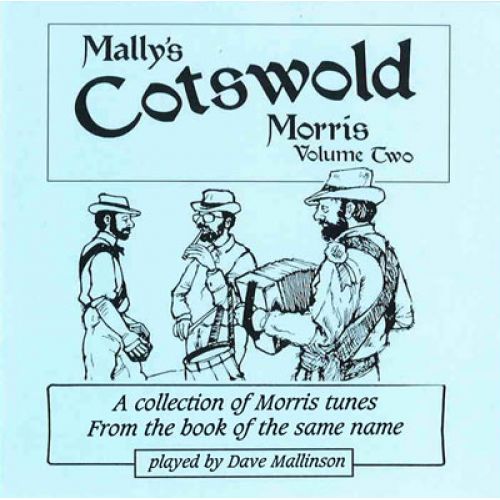 addremove
The very few morris tune books that are available can only be found with difficulty; none are suitable for the novice. Mally's Morris Books will go some way to rectifying this situation and, although they are not specifically aimed at beginners, they should be of tremendous use to them.
To convey traditional music exactly by conventional notation can be very difficult. Cotswold morris tunes are no exception, in fact they are probably the most difficult of all to notate because of their many rhythm and tempo changes. A large amount of Cotswold morris tunes contain a section of music played at a tempo and with a rhythm differing notably from the main body of the tune. This section, called "slows" is almost always a corruption of part of the tune played earlier. Sometimes sections are played at a faster or slower tempo. Sometimes a particular section may be played at different speeds in subsequent repetitions. Every effort in these books has been made to indicate these rhythm and tempo variations by using extra terms and signs as well as conventional music notation. When used in conjunction with the soundtrack, musicians who are unfamiliar with the peculiarities of Cotswold morris music should soon be able to grasp what is required.
The tunes are clearly written in large note music in a simple but accurate form; they're also eminently suitable for any melody instrument. Chord arrangements are shown, all of which are suitable for both melodeon and piano accordion.
The two collections, although far from comprehensive contain most of the dance tunes currently in vogue in what might be called the popular Cotswold traditions. All of the tunes can be found elsewhere, but unlike previous publications, they are all presented in keys which most of today's morris musicians are most likely to favour.
Referencia marca:AM202C
Navegación rápida
Home
Partituras
Partituras clásicas
Instrumente de viento
Flauta de pico
Productos similares
A continuación te mostramos productos que tienen características similares en el mismo rango de precios.

-6%