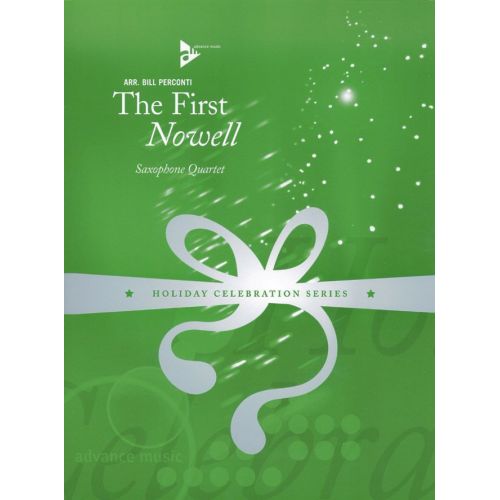 add remove
The First Nowell
Hymns and Carols are the two main sources for the melodies that are associated with traditional Christmas music. While hymns are predominately sacred, the historical roots of carols are in religious and pagan folk music and dance. The latter association with pagan and dance music has throughout history brought carols alternatively in and out of favor with Christmas worship. Fortunately, interest in Christmas music has grown in the 20th century, and has led to the popularity it presently enjoys.
Noels (the French spelling) are old but enduring carols that often tell a ballad-like story. Nowells (English spelling) are likely derived from and developed by English wandering minstrels. Both Carols and Nowells are often in 3/4 meter, lending themselves to dance. The First Nowell is one of a few carols that survived a ban on Christmas by the English Parliament in 1645. The tune is one of the oldest Ballad Carols, perhaps dating back to 1500, and likely originating in England. This arrangement of The First Nowell has multiple settings of the 3/4 time melody.
This arrangement for saxophone quartet, rather than favoring a soprano solo with accompaniment, strives to include all the players in the music making, particularly by distributing melodic material. In addition, all dynamics and articulations should be taken as suggestions only, as performers are encouraged to make their own interpretations.
Nombre de pages :10
Referencia marca:ADV7422
Opiniones clientes
/5
on reviews
Quality
Quality / price
Use
See all reviews
VIDEOS




Productos similares
A continuación te mostramos productos que tienen características similares en el mismo rango de precios.

BON PLAN
-29%