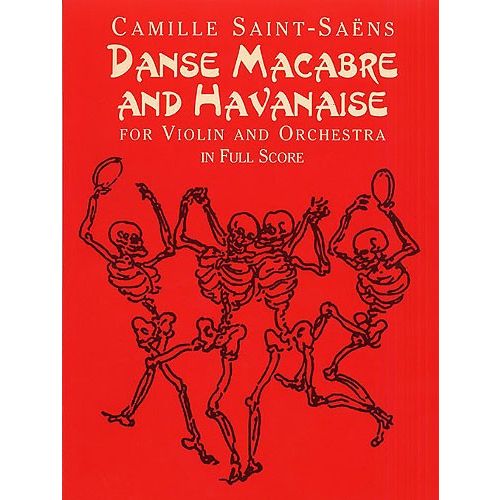 Two of Saint-Saens most popular works appear together in this affordable volume. First composed in a song form Danse Macabre was later rewritten as a symphonic poem. It is important to remember that risque music was considered more daring and controversial than today and audiences at its 1875 debut were resistant to its unconventional charms, but it eventually became a crowd pleaser.

Havanaise is among the most challenging of violin and orchestra pieces, but a standard showpiece in the repertoire of every serious violinist. Based on the Cuban dance, Habanera, the 1887 work features a languid mood, highlighted by bursts of virtuoso activity.

This volume contains the full score for violin and orchestra of both these magnificent pieces.