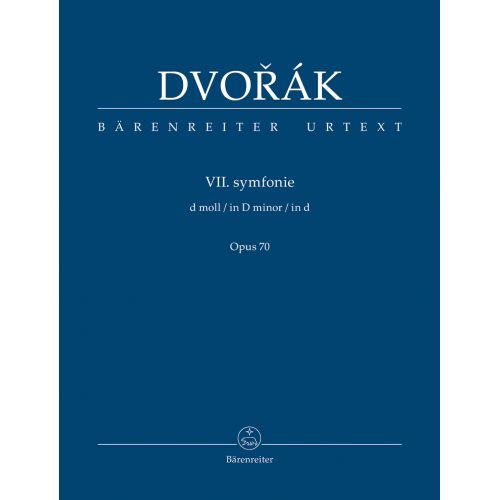 addremove
Dvorák’s Seventh Symphony was commissioned by the Royal Philharmonic Society in August 1883 and premiered in London under the composer’s baton on 22 April 1885. Two months later he shortened the second movement by about 40 bars. The work was published by Simrock in this form in 1885.

In 2013 Bärenreiter published the score and orchestral parts in a first scholarly-critical edition of Dvorák’s Seventh Symphony (BA 10417). Now it is being issued in a study score edition. The editor, Jonathan Del Mar, has already won international acclaim for his editions of the Dvorák Cello Concerto (BA 9045) as well as of works by Beethoven and Elgar. He has taken every source into account, including the extant correspondence.

Like the score and parts, this study score edition presents the original version of the second movement in the appendix. Dvorák scholar Jan Smaczny has added a new Foreword.