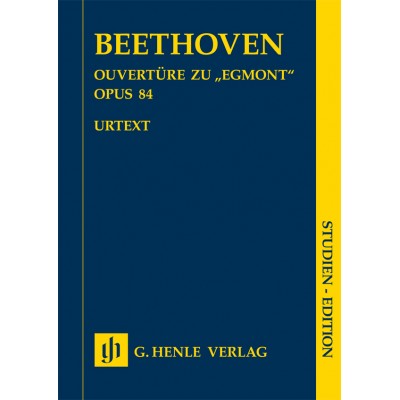 When Beethoven received a commission from Vienna’s Burgtheater to compose stage music for Goethe’s tragedy Egmont in 1809, he viewed it as a great honour. The impetus would have been all the stronger since the drama, about a Dutch nobleman who falls victim to a plot by a Spanish ruler, from the outset provided for music at several points. Beethoven repeatedly declared later on that he had received no honorarium from the theatre’s management, but had written the music “solely out of love for the poet”. The overture became separated from the rest of the incidental music very early on; it was separately published and soon performed as a concert piece independent of the stage tragedy. We now issue it as a study score based on the text of the Beethoven Complete Edition, and with a new preface.
Riferimento contrassegnatoHN9043
Navigazione rapida
Home
Libreria musicale
Partiture classiche
Complesso e orchestra
Conduttore
Formato tascabile
Prodotti simili
Vi proponiamo qui dei prodotti che hanno delle caratteristiche simili nella stessa gamma di prezzo.
