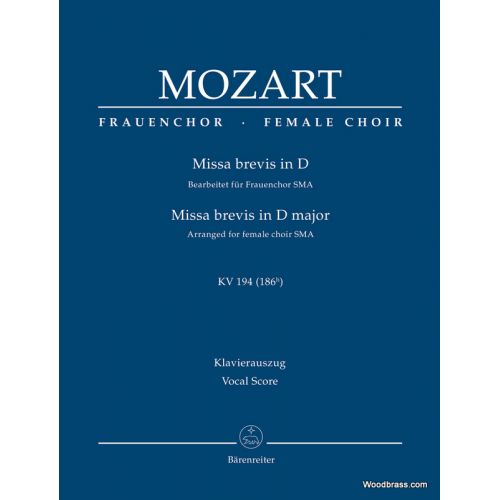 The choral scene is in a state of change! On the one hand, more and more choirs are lacking in male voices, yet at the same time, more and more female choirs are looking for high-quality literature beyond folksong arrangements. Bärenreiter is responding to these general trends with the publication of arrangements for three-part female choir (SMA) of well-known, frequently-performed works.

The first editions to be published are Wolfgang Amadeus Mozart’s “Coronation Mass” K. 317 (BA 5691), a much-performed work within the standard repertoire and the “Missa brevis in D major” K. 194 (BA 5690-90), a charming alternative for use in church services. With great skill and sensitivity to the music, Heribert Breuer has carefully retained the substance of the original works, at the same time giving them a completely new sound quality.

The arranger
Heribert Breuer was professor of choral conducting and music theory at the Berlin University of the Arts until 2010. He is founder and director of the Berlin Bach Akademie, and has made a name for himself with his numerous arrangements of works from Bach to Schubert.