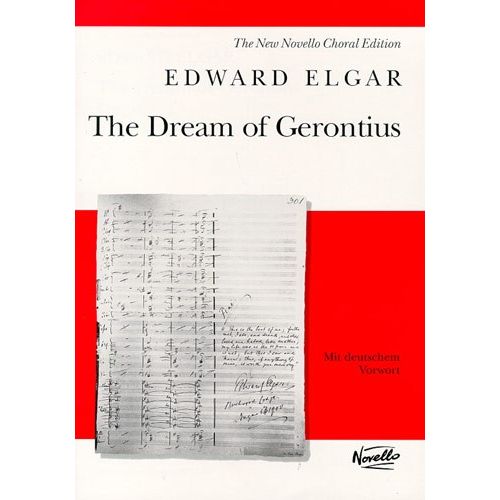 Edward Elgar’s The Dream Of Gerontius is a splendid oratorio for Mezzo-soprano, Tenor and Bass with Chorus and Orchestra. It is based on the epic poem, The Dream of Gerontius by John Henry Newman written in 1865.

The original vocal score of Gerontius was actually printed before Elgar's had even finalised or completed his final orchestration and as such it was printed without many of the markings that were added in the later full score. This new edition brings vocal and full scores into agreement for the first time having been authentically and effectively edited by Hywel Davies and Bruce Wood, and also includes helpful notes on the background to the work as well as an outline of the editorial procedure and list of sources.

This New Novello Choral Edition of the Vocal score with Piano reduction of the orchestral materialincludes a detailed foreword listing history, sources and editorial proceedure.

The Dream Of Gerontius Op.38