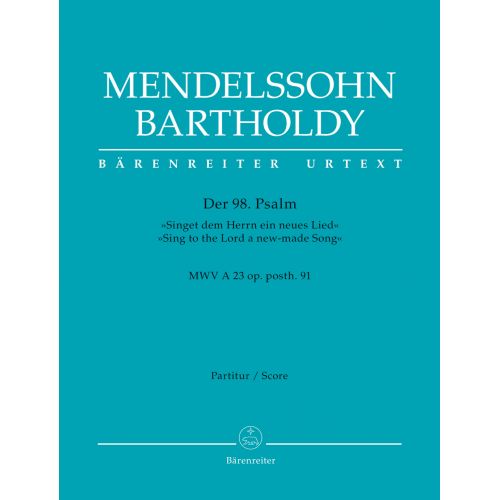 addremove
Mendelssohn’s setting of Psalm 98 was written in a few weeks to satisfy a commission in his new position as general music director of Prussia and was premiered by the Berlin Cathedral Choir on 1 January 1844. As he neither released the work for publication nor produced a vocal score, his psalm setting did not appear in print until after his death.

For this edition the authoritative Mendelssohn specialist John Michael Cooper drew primarily on the autograph score with its many subsequent corrections and amendments. In this way it differs from many other editions, which tend to treat the autograph as a subordinate source. Rounding off the edition are an informative Foreword and a detailed Critical Commentary. The piano reduction is based on the first printed edition, published by F. Kistner and Evers & Co. in 1851.