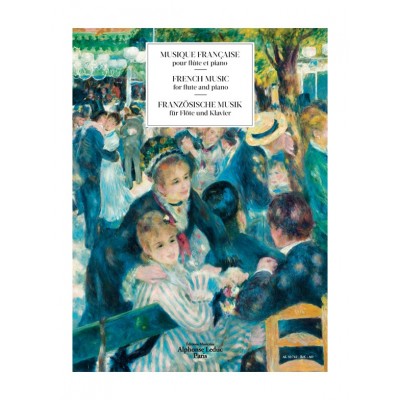 addremove
Between the late 19th century and the early 1960s, French music experienced a Golden Age during which the flute played a prominent role: this age-old instrument played by fauns and shepherds spun numerous arabesques whose sensuous contours seemed to celebrate “the mysterious connections between nature and the imagination” (Debussy). It was therefore quite tempting to draw on the rich catalogue of French works from the Editions Leduc and Heugel and put together this collection of pieces for flautists in the fourth year of study and up.