WISE PUBLICATIONS THE MUSIC OF THE SILENT FILMS - PIANO SOLO 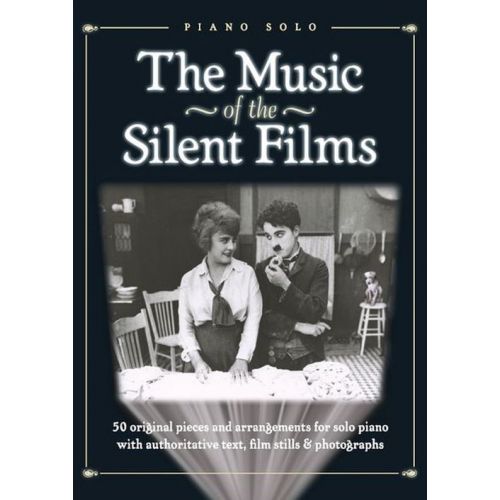 WISE PUBLICATIONS THE MUSIC OF THE SILENT FILMS - PIANO SOLO

addremove
The silent films were not silent for long. The live music that accompanied early cinema was as much a part of the experience as the film itself. The Music Of The Silent Films features 50 original pieces and arrangements for Solo Piano, divided into specific moods in the same way that the live music accompanists of the silent era would have used.

This book tells the extraordinary story of the rise and abrupt fall of silent movie music and includes 50 original pieces and arrangements for Solo Piano, allowing you to play scores inspired by what is arguably the golden era of film music. era, The Music Of The Silent Films boasts specially selected pieces that evoke a range of mood music genres, representing a number of composers.

Not only does this book comprise an eclectic collection of Piano scores, it also features film stills and stunning photography to accompany a fascinating introduction to this precedential era of 'sight and sound'. Further to this, a short guide to how to use the music to create your own silent film scores is sure to help you bring a new dimension to your playing, and might even help to revive a lost art!

During the pre-talkie period of 1915–1927, live musical 'photoplay' accompaniment was required in movie theatres great and small, giving work to an army of musicians. To help the solitary pianists run the gamut of musical emotions, night after night, music publishers produced a wealth of scores with selections of printed music chosen to match a range of on-screen moods and activities. The Music Of The Silent Films includes short biographies of some of the leading composers of the genre, as well as detailed descriptions of the most popular ‘moods’ used, helping you not only to play the pieces but learn more about sound and cinema at the same time.

Perfect for any pianist interested in silent films, film composition, or just wanting a diverse range of original pieces, The Music Of The Silent Films is a collection of fantastic arrangements, and a guide to a fascinating period of musical history.