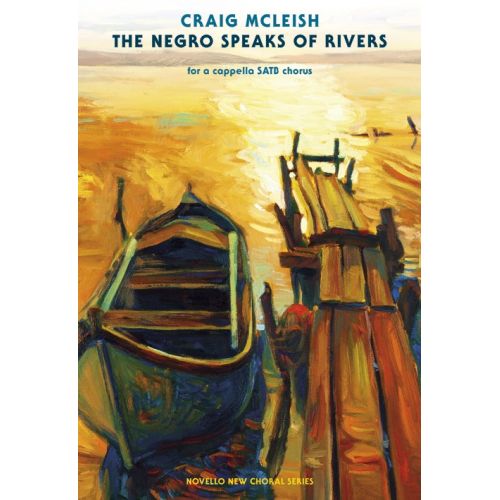 Craig McLeish writes of The Negro Speaks of Rivers; Langston Hughes (1902-1967) was the first black American to earn his living from writing. He was an innovator of jazz poetry, becoming part of the Harlem Renaissance in the 1920s and 1930s. He wrote plays, short stories, novels, and his poetry was widely read. He was also a journalist, columnist and lecturer. The Negro Speaks of Rivers was perhaps his earliest published work, written when only 17 and while travelling by train to Mexico to visit his father. As the train crossed the Mississippi he suddenly began thinking about how rivers had impacted on Negro history, particularly in the fight against slavery.

The four rivers mentioned in the poem lent themselves to using musical influences from those particular regions. However, I have tried to keep these links fairly tenuous to avoid overt pastiche. A few years ago I was fortunate enough to work with Congolese musicians. These sessions led to the intricate rhythms in The Congo. The Mississippi mentions New Orleans, so a jazz fugue seemed the most appropriate compositional device to weave into the texture. The spirit of The Nile was gauged from many hours listening avidly to Egyptian music.

Craig McLeish began his musical life as a chorister at St Paul’s Cathedral. As a bass guitarist, conductor, musical arranger and composer, he has worked with a wide variety of groups in several genres, and scored a hit with the cult pop band ‘Fat & Frantic’. He is musical director of Young Voices UK, and conducts several youth and community choirs in and around Milton Keynes.

I've Known Rivers
The Congo
The Euphrates
The Mississippi
The Nile