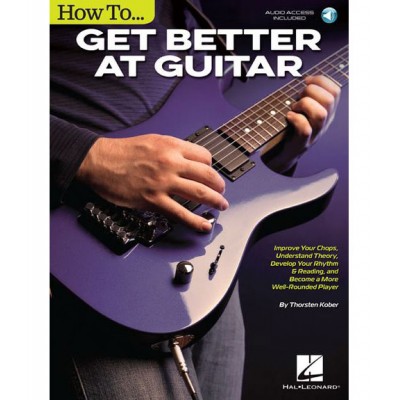 'Guitar Legends do not come any better than Buddy Guy. He is feted by his peers and loved by his fans for his ability to make the Guitar both talk and cry the blues. Such is Buddy's mastery of the Guitar that there is virtually no guitarist that he cannot imitate.' - Bill Wyman, Rolling Stones

With an illustrious career spanning over 50 years, American blues guitarist Buddy Guy is considered by many to be one of the greatest guitarists of our age. Eric Clapton once described him as "the best guitar player alive" and he was ranked 30th in Rolling Stone magazine's 100 Greatest Guitarists of All Time.

With this volume from Hal Leonard's celebrated Guitar Play-Along series, you can emulate the flamboyant and energetic style of the blues legend. Eight Buddy Guy favourites are included: Feels Like Rain, Hoodoo Man Blues, Man Of Many Words, Midnight Train, Someone Else Is Steppin' In, Stone Crazy, What Kind Of Woman Is This and Damn Right, I've Got The Blues.

Guitar Play-Along Volume 183: Buddy Guy contains everything you need to start playing your favourite Buddy Guy songs quickly and easily. Listen to the included online audio to hear how the Guitar part should sound, then follow the tab and play along using the separate backing tracks. The melody line and lyrics are included in case you want to sing, or simply to help you follow along.

The online audio tracks can be downloaded or streamed and are enhanced with Playback+, a multi-functional audio player that allows you to slow down audio without changing pitch, set loop points, change keys or pan left or right.