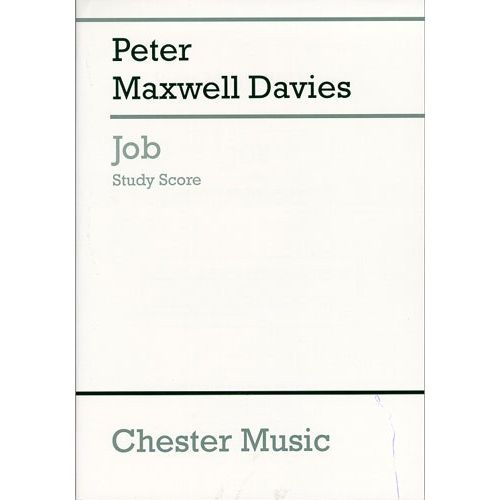 This work was commissioned by the University of British Columbia through the gift of David Lemon. It was first performed on 11th May 1997 at the Chan Center, University of British Columbia, Vancouver, Canada, by Valdine Anderson (soprano), Linda Maguire (mezzo soprano), Paul Moore (tenor) and Kevin McMillan (baritone), with the Vancouver Bach Choir and the CBC Vancouver Orchestra, conducted by the composer.

Like Vaughan Williams in his Job: A Masque for Dancing, Davies was inspired in part by William Blake's 21 engravings for the Book of Job. His oratorio, however, is less dependent on finding parallels for Blake's visual details, given the direct poetry in David Lemon's adaptation of the Stephen Mitchell translation from the biblical original, it is hardly surprising that the spotlight should be so much on Job's suffering litany. The baritone has the lion's share of the setting, though the other soloists occasionally reinforce his plea and chorale-like episodes universalize his predicament. Davies frames with work with two seminal plainsong-like passages; there is also plenty of dramatic contrast both within Job's monologues and in the vivid orchestral writing for the smarmy Comforters, the initially shrill God who finally appears out of a dazzling orchestral whirlwind and the animal life he uses to illustrate the wonders of creation to a humbled Job.