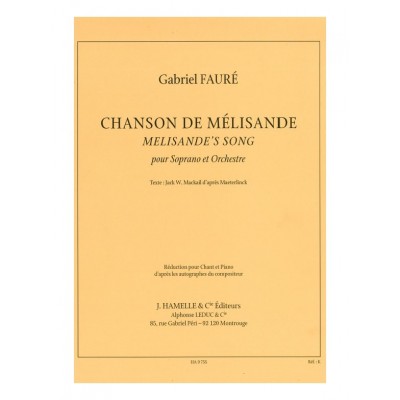 “An enchanted dream” – poet Charles Van Leberghe’s words give us an idea of the audience’s enthusiasm at the Prince of Wales Theatre in Piccadilly on June 21st, 1898, when the first English language performance of Symbolist play Pelléas et Mélisande by Maurice Maeterlinck was performed, with incidental music by Gabriel Fauré.

The composer had tasked his favourite student, Charles Koechlin, with orchestrating the score. The London theatre’s small number of musicians suited the apprentice musician’s ideals of clarity and transparency. It was 1936 before Koechlin returned to La Chanson de Mélisande, this time to create a version with orchestra, published the following year as a Piano-Vocal score.