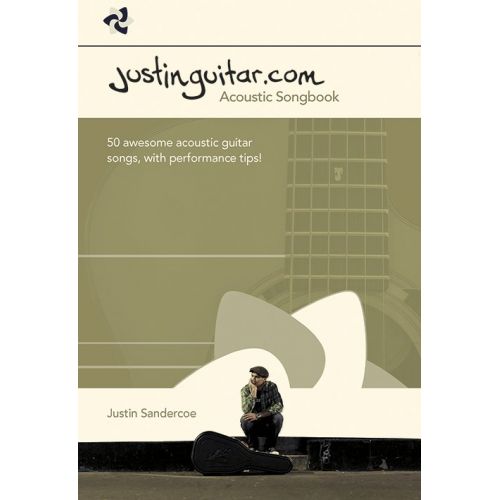 50 classic songs to accompany the world-famous justinguitar.com courses for guitar!

The Justinguitar.com Acoustic Songbook is for all guitar players who want to progress beyond beginner level. The book starts with beginner level material, before progressing to songs that will teach you how to use more complex chords (including barre chords), riffs, fingerstyle patterns and open tunings.

This long-awaited volume really is the best Acoustic Songbook ever!

"One of the most influential guitar teachers in history" - The Independent