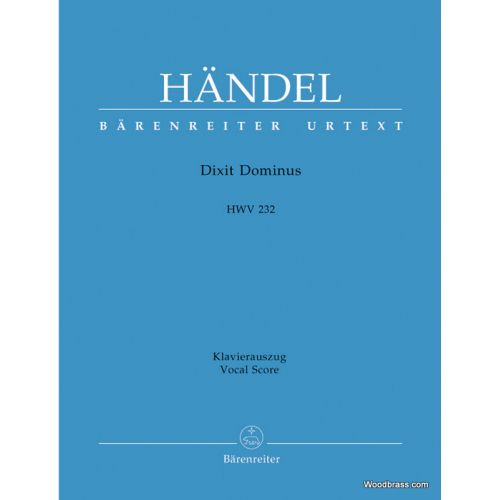 Handel wrote the famous “Dixit Dominus” with the text of Psalm 109 during his time in Italy in c. 1707. Although he was only 22 years old, the work already demonstrates his wide spectrum of compositional abilities which are later fully realized in his operas and oratorios. Central to this work are the six choral movements, which – with their polyphonic structure – are closely related to German choral music of the 17th century.

This edition offers a thorough revision of this frequently-performed work. It replaces the Urtext edition BA 4002 based on the “Halle Handel Edition” which was published in 1960. The new performance material is not compatible with the old one. Mistakes in the old edition regarding a small number of pitches, but mostly basso continuo figures and the underlaying text have now been corrected with evidence found in two previously unavailable sources. In the new edition the work appears in nine movements – no longer eight – which reflects the composer’s intentions.