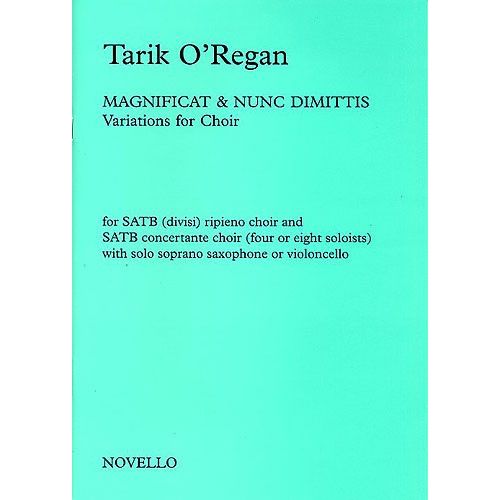 An unusual setting of the Magnificat And Nunc Dimittis by Tarik O'Regan, written for a double chorus with Cello or Soprano Saxophone. The works were commissioned separately by Timothy Brown for the Choir of Clare College, Cambridge. The Magnificat was premièred at the 2000 Spitalfields Winter Festival, while the Nunc Dimittis was composed for a BBC broadcast in 2001. The full work is a large-scale setting, designed to stand as a concert work in it's own right, and feature an adaptation of the Renaissance technique of alternating between chant and polyphony.

Separate parts for Cello and Soprano Saxophone are available from this site using item codes NOV200310-01 and NOV200310-02 respectively.