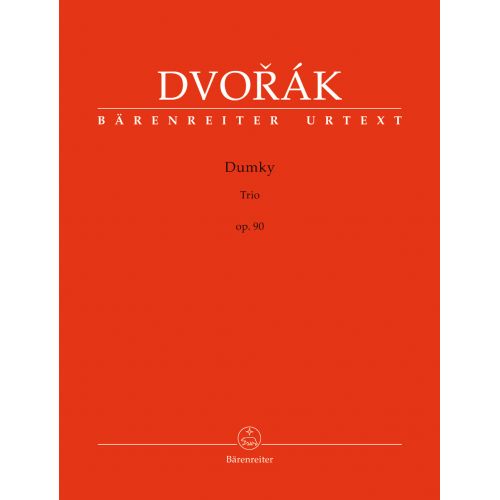 addremove
The “dumka” is a Slavic folk song or dance of a melancholy character.
Dvorák’s magnum opus in the piano trio genre takes its name from its “dumka” movements, which he composed in Prague in 1890-91.
After long hesitation Dvorák also prepared a piano reduction while he was in the United States in the summer of 1893.
The previous year he had played the work on a forty-concert farewell tour of Bohemia with Ferdinand Lachner and Hans Wihan.

The editor of our new edition, Christoph Flamm, took the Simrock print as his starting point.
However he also carefully distinguished between the various reissues and consulted Dvorák’s sketches as well as his piano reduction.
A Critical Commentary provides detailed information on the work’s sources, tempo markings and formal divisions of the movements.