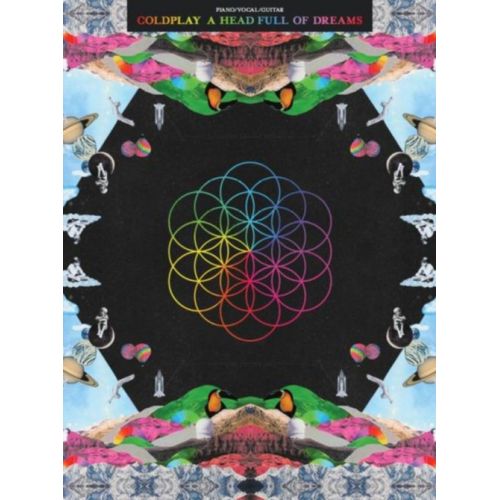 A Head Full Of Dreams is Coldplay's seventh studio album, released in 2015 to a number of positive reviews and securing them a seventh number one album in the UK. All the songs from the album are arranged here for Piano, Voice and Guitar, with full lyrics, chord boxes and symbols throughout.

Featuring more uplifting Piano riffs, upbeat rhythms and a host of special guests including Beyoncé, Merry Clayton and even Barack Obama, A Head Full Of Dreams is seen as a departure from the sound of Coldplay's previous albums. Chris Martin and Co. have written an album that is optimistic and uplifting in its pop style.

The successful singles are included in this Coldplay sheet music songbook, so you can learn to play A Head Full Of Dreams, Adventure Of A Lifetime, Hymn For The Weekend, plus the eight other songs included on this fantastic album. Nominated at the 2016 Brit Awards for British Album of the Year, the superbly-written melodies, chord progressions and Piano parts will be a joy to play and hear.

Each song in this collection of A Head Full Of Dreams sheet music is arranged for Piano, Vocal and Guitar, with lyrics, chords and broadly the right-hand melody in the Piano part. For singers, pianists and guitarists, Coldplay's album is perfect.