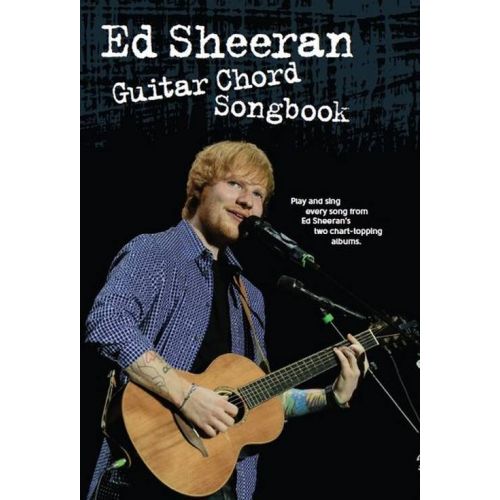 The product range of music sales

addremove
For the first time, this Guitar Chord Songbook features the complete collection of all the songs from both of Ed Sheeran's chart-topping albums, arranged with accurate Guitar chords and lyrics.

Including every tune from both + and X, the Ed Sheeran Guitar sheet music will help you learn to play and sing The A Team, Lego House and You Need Me, I Don't Need You, as well as more recent hits like Sing and Don't. The Ed Sheeran Songbook gives you full lyrics, full chords in the original key, as well as helpful chord boxes so that you can confidently explore and recreate Sheeran's songs exactly as he plays them.

From humble beginnings self-recording his first EP to commanding sell-out crowds and best selling albums, singer-songwriter Ed Sheeran is undeniably an unstoppable force in pop music. With his innovative blend of catchy tunes, quirky lyrics, percussive Guitar playing and even hip-hop, Ed Sheeran has stormed the charts and the people's hearts, quickly becoming one of today's most exciting and successful artists.

So pick up the Ed Sheeran Guitar Songbook today and be inspired by the songs of this distinctive and unique voice in UK music. Learn every chord, every line and every lyric of both of his hugely popular albums.