The Early Years Of The Moog Synthesizer

It began quietly, in 1964, when Bob Moog designed a new electronic instrument to composer Herb Deutsch's request. Herb wanted something to create complex and experimental sounds, tones not easily found from other instruments or with studio trickery.

What Bob designed was not wholly new, it sprung from a powerful new combination of existing ideas. The concepts, when combined with some elegant design choices, made a very powerful and revolutionary new system. The new ideas found in the Moog synthesizer took several years to catch on, and it is likely even the first users had little idea what range the new instrument could truly offer.

In these first few years, the typical Moog synthesizer customer was an experimental musician. These were the cutting-edge composers who wanted sounds beyond the limited scope of organs and pianos; they wanted sounds literally never heard before. The Moog offered seemingly infinite combinations of tones, compared to earlier instruments.

In 1964, the idea of using modules to create an instrument was new. Modules gave the option to choose a unique set when designing one's instrument, and the instrument could grow over the years when new modules were added. Each module had a function, but many could be used in alternate ways (or even misused to create even more options). Some modules were a direct result of requests of challenges presented by Moog's musician friends. As a result, many of the Moog modules became valuable tools, nearly perfect devices for their function and now-legendary in status. 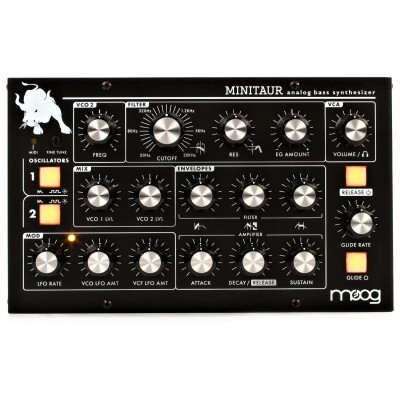