The history of manley

The MANLEY brand has been around since the late 1980s. Manley's first commercially available products were upper echelon high-fidelity vacuum tube amplifiers and preamplifiers constructed at the old Vacuum Tube Logic of America factory.

On January 30, 1989, a 20 year old EveAnna on sabbatical from her studies at Columbia University met the crew and was hired on to the production team. She quickly learned to solder and assemble vacuum tube amplifiers, and after training a new team of assemblers, EveAnna worked her way into the Quality Control department. It was at this time that the first Manley professional products were developed, starting with the original 1U Reference 60dB Microphone Preamplifier and soon followed by the Manley Enhanced Pultec and Mid Frequency Equalizers. These products, along with the Manley Reference Cardioid and Reference Gold microphones, all made their debut at the 1990 Los Angeles AES Show. In 1993, Manley Laboratories, Inc. became a separate entity apart from VTL.

The new Manley Labs factory at 13880 Magnolia Ave. in beautiful and bovine Chino, California was outfitted to house the Manley Hi-Fi and Pro Studio manufacturing as well as the Langevin production lines, a newly acquired machine shop, and printed circuit board facilities. The following year, the factory's capabilities were augmented by the addition of a computer-controlled mechanical engraving machine and, very importantly, a transformer winding department. These custom transformers rapidly became a hallmark of the Manley sound, and remain so to this day.

From the early 2000s to today, Manley has focused on streamlining production processes, becoming more efficient while maintaining the principles of high-end audio quality and integrity in American manufacturing that have always guided the brand. Beginning with the CORE® Reference Channel Strip in 2014 and continuing with the FORCE®, NU MU® and ELOP®+, the newly designed power supplies in Manley’s latest gear provide the ultra-low noise floor, true high voltage brawn, and superior headroom required for serious analog sound.

Manley Laboratories continues to produce recording, mixing, mastering, and playback equipment of the very highest caliber, proudly maintaining the great analog traditions upon which the company was built - and always looking forward to the future of the industry. 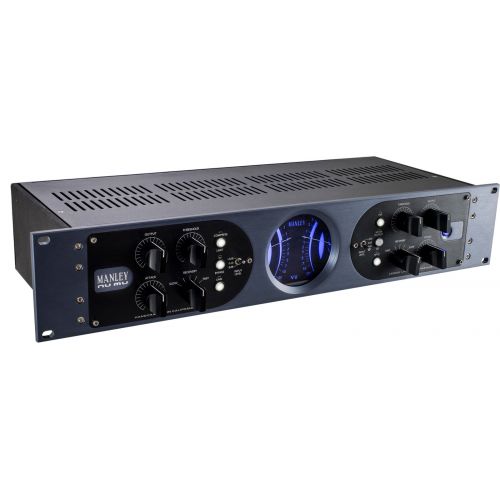 manley
NUMU
analog gear comp-limitor-gate
£2598.36
instead of £2906.18
Online
Ref.: 217040

Manley Reference Silver

Woodbrass uses cookies to ensure that we give you the most appropriate services and offers according to your personal interests. If you choose to continue using this website, you agree to our use of cookies.

I agree
