The history of royer labs

Royer Labs was formed in 1998 to bring David Royer's unique, modern ribbon microphone designs to the world. When we first opened our doors, ribbon mics had been largely forgotten, but the R-121 and SF-12 quickly captured the imagination of recording enthusiasts around the world. This new generation of ribbon microphones proved to be a perfect match to the rise in popularity of digital recording, as engineers rediscovered the warmth, analog feel and smooth sound of ribbons.

Royer Labs' mission is to bring the uniquely natural sound qualities of ribbon microphones to the world. They believe in better microphones for better music. Their path is constant reinvention and innovation in ribbon microphone technology. Their goal is to impart warmth, realism and musicality into the digital recording process. Their place is in every quality recording environment, from home workstations and world class studios to the concert stage. We hold ourselves to the highest possible standards of workmanship, to provide engineers with the world’s finest and most durable ribbon microphones.

In 1997 David designed his first ribbon mic, which led to the opening of Royer Labs in 1998. He is one of an elite group of microphone designers who know that music and sound are inseparable from electronic design.

Rick Perrotta is the President of Royer Labs. technician and design engineer. This passionate about music, electronics and mechanical perfection, is making sure that every Royer product maintains the extraordinary level of craftsmanship Royer Labs is known for.

John Jennings got his start, like so many audio professionals, as a guitar-player and singer serves as VP Sales and Marketing for Royer Labs from its beginning in 1998.

Rafael is a renaissance man, musician, producer, studio owner and night club owner - a true global citizen. As one of the founding partners of Royer Labs, he brings a real world point of view to the Royer family. 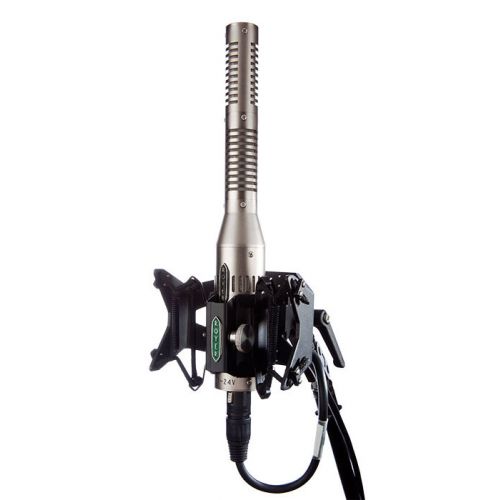 royer labs
SLING-SHOCK SS24 - MICROPHONE SHOCK MOUNT
mic accessories schockmounts
£113.09
instead of £363.36
Online
Ref.: 195485


Woodbrass uses cookies to ensure that we give you the most appropriate services and offers according to your personal interests. If you choose to continue using this website, you agree to our use of cookies.

I agree
