The history of takamine

1959 saw Takamine make its start as a humble music instrument workshop at the foot of Mt. Takamine in Gifu, Central Japan, which was then known for its wood craft industry. With the booming folk music in late 60's, acoustic guitars were rapidly gaining popularity among Japanese youth and, as a result, increased the competition and quality amongst Japanese luthiers. The basis for Takamine's success was formed in these years.

Mr Mass Hirade, who joined the company in 1968, made a great contributions to the design and quality of Takamine instruments. In fact, his contributions are still honoured to this day with a range of the "Classical" family models still carrying the "Hirade" name.

In the mid ‘70’s, Mr. Hirade assumed the presidency of Takamine, and immediately set about increasing the world distribution of the Takamine brand by forming a relationship with Kaman Music Corporation in the USA.

Around the same time that Mr Hirade took over as President, the size of concert venues was getting larger, and professional guitarists were struggling to have their acoustic guitars heard above everything else on stage. Starting from attaching a microphone to their guitars, they tried magnetic pickups and then contact pickups, but the sound quality was far from acceptable.

Takamine entered full-scale development of an electro-acoustic guitar in the late 1970s with their engineers being allowed to pursue their own ideal sound without being bound by the traditional rules of guitar-making and, as a result, invented several key components, one of which was its proprietary ‘Palathetic pickup’. This unique and innovative device integrates transducers and the guitar bridge in a way which minimizes feedback and between-strings crosstalk, successfully setting the industry standard of today's electro-acoustic guitar. The first commercial model of Takamine electro-acoustic guitar with this Palathetic pickup was completed in 1978.

In April 1979, Takamine launched its first electro-acoustic guitar in overseas markets and it was not long before renowned American musicians including Ry Coodar, Bruce Springsteen and Jackson Browne came on stage with their own Takamine. In fact, the Eagles' Glenn Frey used a Takamine 12-string electro-acoustic for the intro of the famous "Hotel California" track, and the brand?name “Takamine” quickly became known all over the music world.

Always striving to be ahead of the industry, 1988 saw Takamine release their first single unit preamp, which realized interchangeable preamps by integrating preamp and battery case in one housing unit, and also by unifying the top panel size. This proved a boon as technology developed, as the player could keep their prized guitar, and update the preamp if required.

Meanwhile, Takamine was also developing the two-way truss rod jointly with G-GOTOH. This innovation added to the already superior stability of the Takamine instrument – further reassurance for the player that, when they got on stage or stepped into the studio, their instrument would play exactly as it did last time they played it.

As if 1988 wasn’t productive enough, Takamine also released the DSP, the world's first on-board full digital preamp, which received strong support from many professional guitar players around the world.

2004 saw the introduction of the Cooltube preamp (CTP-1) - a preamp which utilises an ECC82 vacuum tube running at low voltage in order to impart a supremely warm, natural sound which is rich in harmonics.

It is without doubt that Takamine owes it’s recognition largely to the electro acoustic guitar, but that is not to say that they don’t make great acoustic guitars. Far from it, in fact. If a guitar does not sound good unplugged, then it is unlikely that any preamp or pickup combination will make it sound good when plugged in.

Using the finest stocks of wood, all carefully seasoned, Takmine go to extreme lengths to ensure that their guitars are among the best you will find. With each guitar consisting of around 40 components and going through 20 multifunction workstations, Takamine utilise the very latest in CNC (computer numerically controlled) and CAD (computer aided design) technologies in conjunction with the finest traditions of luthiery to ensure that each guitar sounds as good as it looks.

The combination of modern and traditional methods is what makes Takamine guitars great.

Palathetic Pickup – Technology & Craftsmanship
Pursuing Sound Balance and Separation - The core of Takamine's electronics system is its proprietary Palathetic pickup. The superior sound balance, high separation and clear and natural sound of Takamine owes much to the unique design of this device. With individually shielded six piezoelectric transducers, one for each string, the unit hangs down right beneath the bridge saddle, allowing

Takamine On-board Unit Preamps
Selectable To Your Play-Style and Taste Every Takamine on-board preamp fits the unique docking port, which means all Takamine preamps are interchangeable, giving the player the options to fit their preamp to their style and taste. Another common feature is integrated battery box so you don't have to loosen and retune your strings every time you replace the batteries.

Laser Inlay Work.
Meticulous Work of Art. Gorgeous and meticulous inlay work is one of the major attractions of Takamine guitars. Instead of chisels and planes for a luthier to carry out this work, Takamine employs today's advanced technology – CAD system, CNC router and laser cutting machine. Yet, after cutting out the parts, they are fitted in by a seasoned craftsman's hand piece by piece. The superb combination of materials and colours depends on the sensitivity and experience of Takamine craftsmen.

Double Bridge Saddles.
Double-bridge Saddle for More Accurate Octave Tuning. With the exceptions of nylon string models and a part of the Keystone series, all other models adopt a double-bridge saddle. This is where the bridge is divided into two sections, one for the 1st to 2nd strings and the other for the 3rd to 6th strings. This allows the length (scale) of each string to be fine-tuned more accurately to achieve better intonation.

Improved playability for everyone. The neck profile of a Takamine guitar is offset, rather like an asymmetrical letter ‘C’. This helps to improve playability by reducing player's wrist movement distance when his thumb is moved towards the 1st string.

Two-way Adjustable Truss Rod & Side-beams.
A unique structure to correct neck warpage. Takamine models utilise a dual-channel truss rod system that was co-developed with Gotoh Gut Company in the mid-90s. While the conventional truss rod (single channel type) could perform correction within a limited range, the dual channel truss rod can work with both forward and backward movement. To prevent the neck from warping, two beams are mounted along each side of the truss rod to strengthen neck and body joint.

Takamine designed an all-in-one high-rigid endpin jack that is firmly screwed on the bottom of the instrument. This helps to prevent the jack from loosening or falling off as well as protect the body from damages when audio cable is tugged off. In addition to regular ground terminal, an extra ground terminal is added to avoid short-circuit or other troubles caused by bad connection. A standard 3.5mm mini-plug is used for the connection to the preamp, allowing easy part replacement 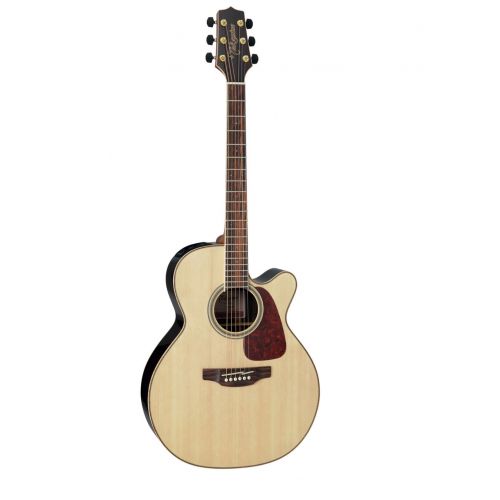 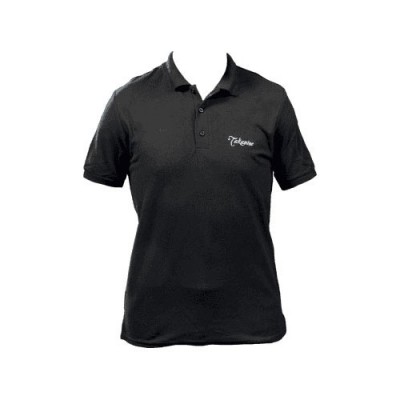